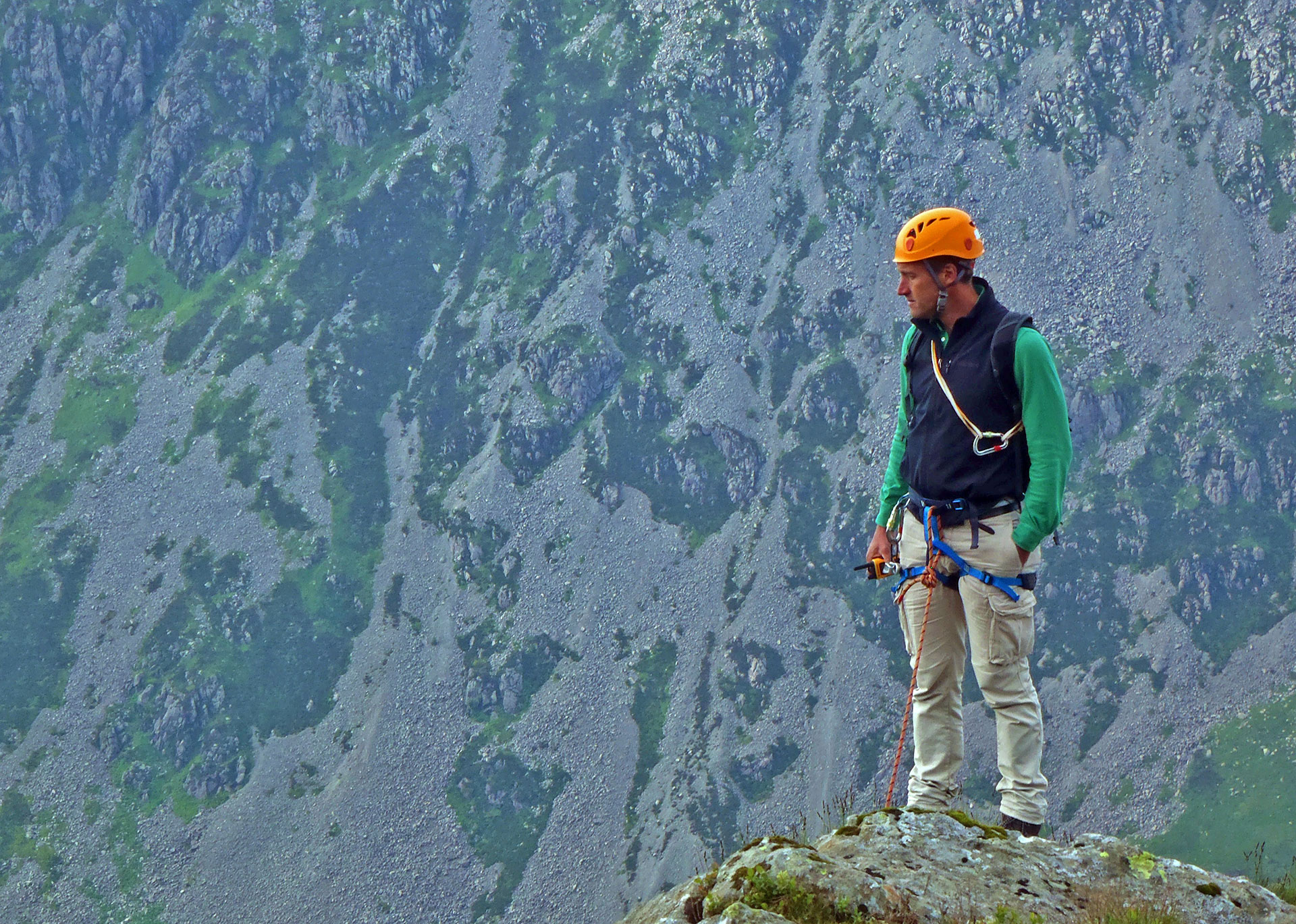 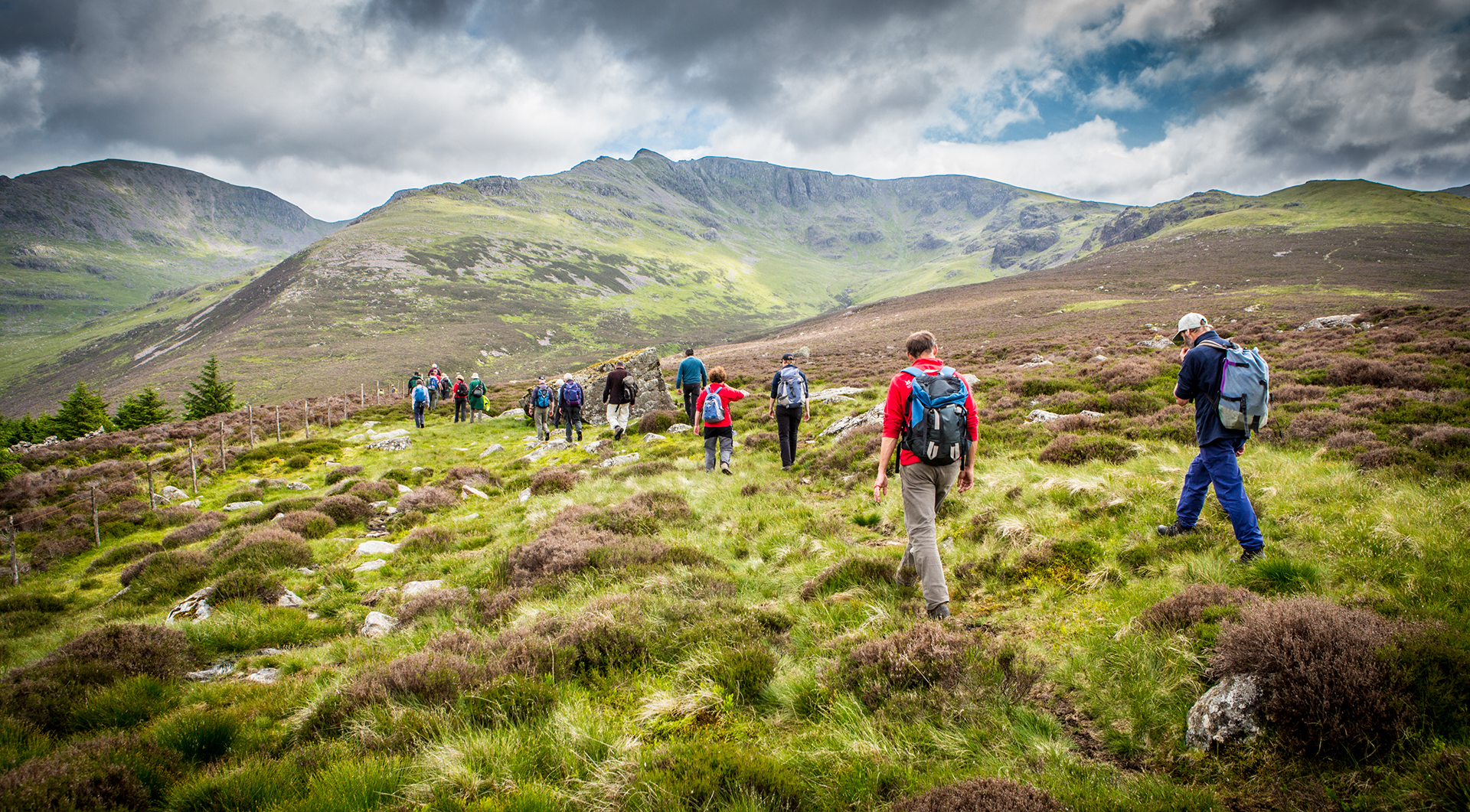 Ennerdale offers great opportunities for walking with over 30 miles of public rights of way, forest roads and tracks. The higher ridges offer some of the best views of the northern Lake District mountains and valleys including Wasdale and Buttermere.

There are many routes up and down the high ridges which provide access to some of the most famous Lake District mountain peaks including Pillar (892m asl), Steeple (819m asl) and Great Gable (899m asl).

Both Bleach Green and Bowness Knott car parks offer good start points for walking in the valley. In poor weather conditions consider a walk around the lake starting at either car park.

If you intend to do some serious walking ensure you buy a good map such as the Ordnance Survey 1:25000 Outdoor Leisure series The English Lakes North Western Area Map 4. 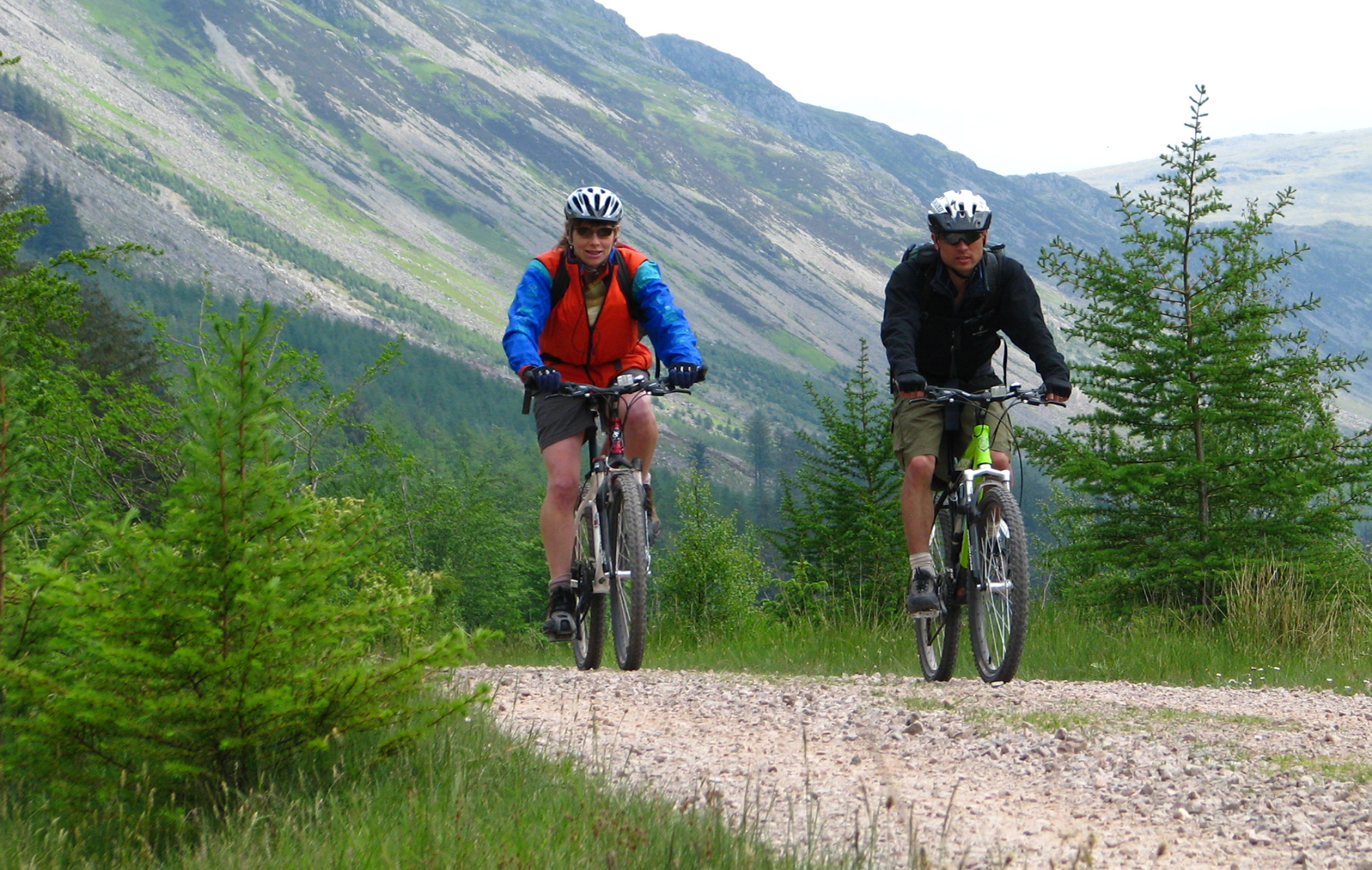 Ennerdale offers more than 10 miles of forest roads which provide an almost traffic free environment for biking. Exploring the valley by bike allows you to see the whole of the valley in one day. From views over Ennerdale water to the majesty of Pillar and Great Gable, from the crystal clear waters of the River Liza to the history of ancient settlements. Check out our Bike the Big Valley guide for suggested routes and further information.

Canoeing on Ennerdale Water gives you a different view of the valley's wild landscape. Ennerdale water offers great canoeing opportunities and fantastic views of the valley, its big forest and iconic wild mountains. The lake is the most westerly in the Lake District and extends to three square kilometres, with a length of just over 2.4 miles and 0.8miles wide at its widest.

You do not need a permit to canoe on the lake as an individual or family group. Commercially led groups and activity providers and large groups should obtain a permit from United Utilities.

Whilst canoes and kayaks are welcome on Ennerdale Water, we do not permit boats with sails or motors.

To access the lake please park at either Bowness Knott or Bleach Green car parks and carry your canoe (300 to 400m) to the lake.

Please take care not to transfer any organisms or creatures from other lakes to Ennerdale. Please check you canoe over and wash off canoes before coming to the valley.

Please do not wild camp or start open fires along the lakeshore.

Please do not canoe on the upper 3km of the River Ehen immediately downstream of Ennerdale Water as the river is home to a rare freshwater mussel which can be damaged by canoeists accessing the river and navigating shallow sections.

Ennerdale possesses several relatively uninspiring crags and one magnificent venue - Pillar Rock, which forms the central feature of the rugged north face of Pillar Mountain. It is an imposing, atmospheric crag offering superb rock climbs at all grades on impeccable rock, and its summit (which is only accessible by climbing) was the focal point for the earliest pioneers of rock climbing in the Lake District.

Pillar possesses many climbs, from the easiest up to E6. The best however are in the lower to middle grade range. Its isolated position requires rather more commitment than most Lake District crags and means that it is never crowded, and in fact, often climbers will find that they have the entire crag, and its magnificent scenery, entirely to themselves - ample reward for the long walk in.

In 1826, John Atkinson of Croftfoot, Ennerdale, made the first recorded ascent of Pillar, it is believed by the Old West Route (today graded Moderate). The popular Slab and Notch Climb (Moderate) was added in 1863, and in 1891, Walter Parry Haskett-Smith, the first man to climb Napes Needle on Great Gable, worked out his intricate North Climb (Severe), the first route to tackle the imposing North Face of Pillar.

Two classic routes on the West Face are the New West (Very Difficult, 1901), which was put up by Keswick's famous Abraham brothers, photographers who recorded so much of Lakeland life around the end of the Victorian era, and Rib and Slab (Hard Severe, 1919), climbed by a team that included another famous Lakeland pioneer, Harry Kelly.

Text with thanks to Stephen Reid  who is an experienced climber, editor of the FRCC Lake District Rock and co-author and editor of the latest edition of FRCC Gable and Pillar. He also owns Needle Sports in Keswick, 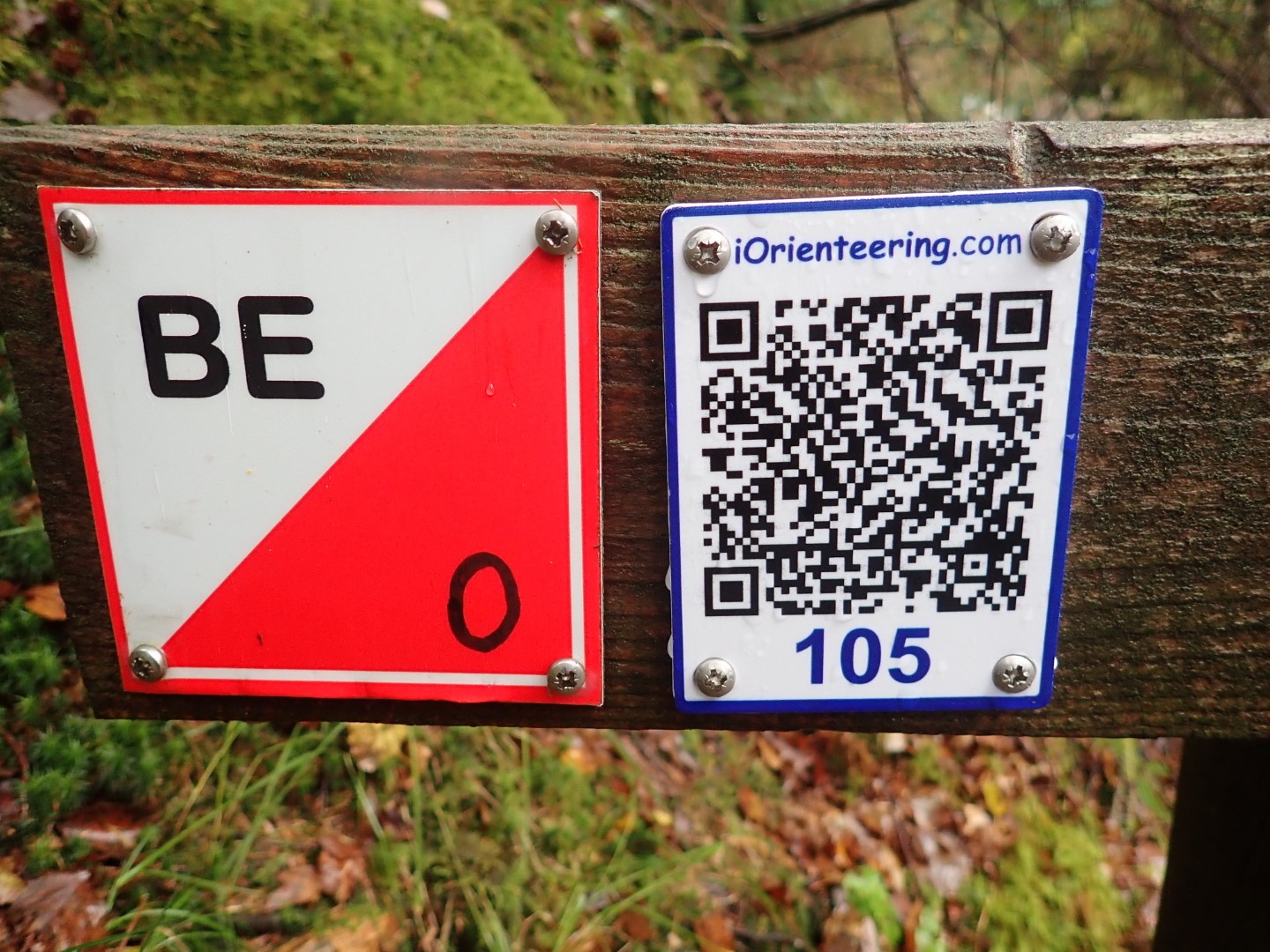 Ennerdale offers a number of great opportunities for orienteering. Our work to restore a more natural landscape has opened up the valley bottom and the well thinned forests provide some great navigational challenges.

We have four Orienteering courses in Ennerdale at present.  There are two at Bleach Green at the west end of the lake, and two starting from the main car park at Bowness Knott.  All the older courses from Bowness Knott and Gillerthwaite are currently suspended due to harvesting and will be refurbished in due course.

You can download the maps free, from the links on this page.

An alternative way of doing it is to use the iOrienteering app on your smartphone. 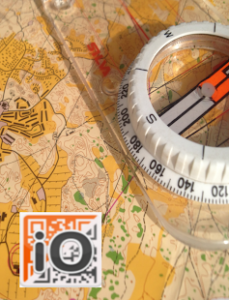 There are two sets of courses available in the valley starting from our two car parks at Bowness Knott and Bleach Green. In addition the Bowness Knott courses include a second start point near Ennerdale YHA. Please note only customers of the YHA or Low Gillerthwaite Field Centre may drive up the valley beyond Bowness Knott. Cars must be left in accommodation parking.

Our orienteering courses are suitable for all skill levels, from beginners to fit and expert navigators. The easy courses stay on paths and forest roads which can sometimes be uneven. The harder courses cross rough terrain which may include steep slopes, scree and will be difficult to navigate through.

If you have enjoyed orienteering in Ennerdale you might want to join the West Cumberland Orienteering Club. The club organises regular Thursday evening events throughout the year. There are courses to suit all abilities, usually including an easy course suitable for novices. The club has an extensive junior programme with a large and very active team. 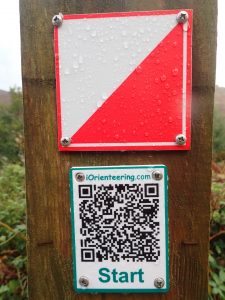 Situated at the west end of the valley these are suitable for novice through to intermediate orienteers. Bleach Green is ideal for people who haven't done much orienteering before. There are two courses.

The Bleach Green Easy Course is all on smooth, level paths.  The navigation is mostly easy, but you do have to find your way through some path junctions, especially between number 1 and number 2.

The Bleach Green Harder Course goes into some rough, boggy ground, and some of the checkpoints are harder to find.

Bowness Knott Courses are situated in the middle valley.

There are two courses at present.

The Short Easy course  is all on good paths which are fairly level.  There are some stony sections, so not suitable for wheelchairs.  The navigation is mostly easy, but you have to keep a sharp lookout for the markers. You have to step off the path to scan some of the markers.

The Short Technical course  has checkpoints which can be hard to find. It starts in an area which has a lot of high bracken in summer, and goes into forest with a rough forest floor. The last two checkpoints take you over some very tough boulderfields – if you’re not experienced on this type of terrain, miss out these two checkpoints. 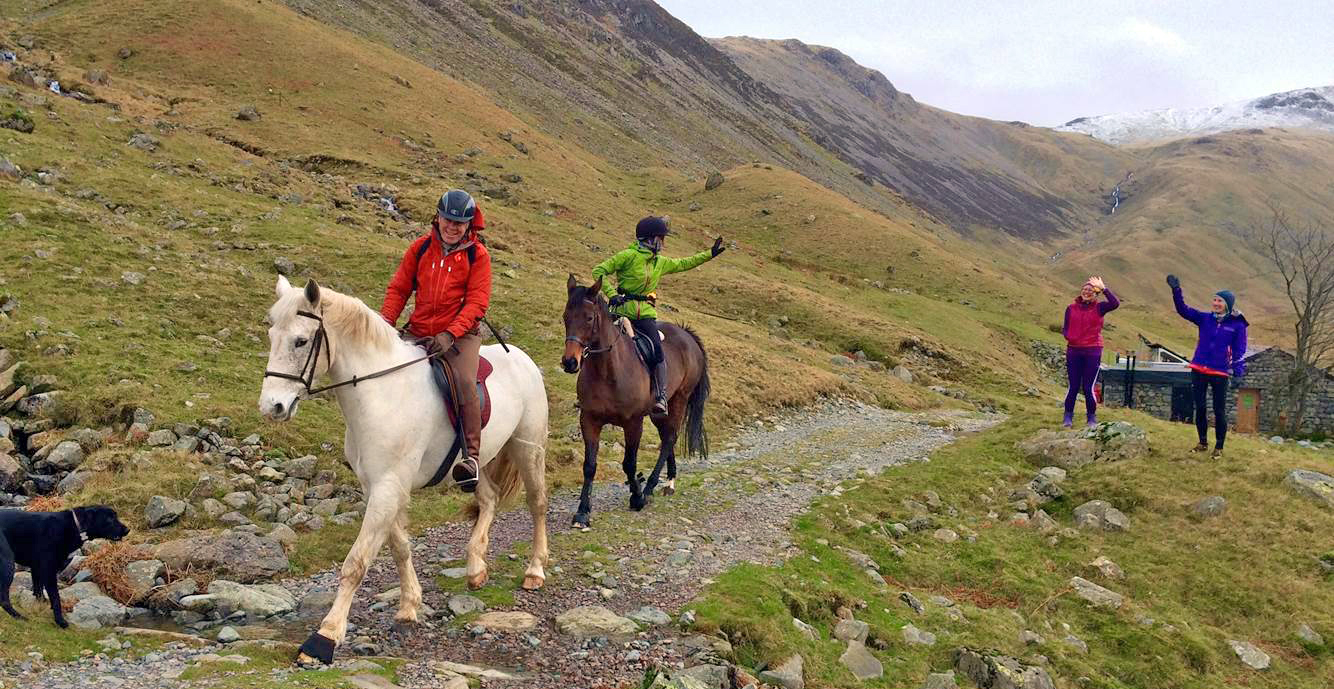 Please note that the roads leading to Bowness Knott are narrow with some blind bends. If towing a trailer to Bowness Knott be aware that you may have to reverse to allow others to pass and that you may meet a lorry carrying timber. The nearest horse riding centre to Ennerdale is Bradleys Ridding Centre and B&B which is only a few miles west of the valley.